For those that don't know me, I am obsessed with getting free stuff. Big or small, I just love getting packages in the mail, and getting them for free is just awesome. See the below list for some of the best places to get free prizes or samples!

Free Prizes
In general the free stuff from these sites is better than the free samples, because you have to complete some actions on these sites to get the prizes.

After Club Bing (see below) was finally shut down, I still needed my fix for free Microsoft stuff, so naturally I wandered over to Bing Rewards, the recommended place to go after Club Bing. Unfortunately, it is no where near as awesome. The prizes occasionally change, but usually they are not physical prizes, but digital prizes, such as an Amazon gift card, a free month of Hulu Plus, or other online redeemable items. However, I would still recommend it, as it is really easy to get points (just do a few searches a day and do the introduction tasks) and within no time you can have some free extra cash to spend on Amazon. Starting from scratch, it took me just a few days to get a free $2.50 Amazon gift card, and very little actual work. 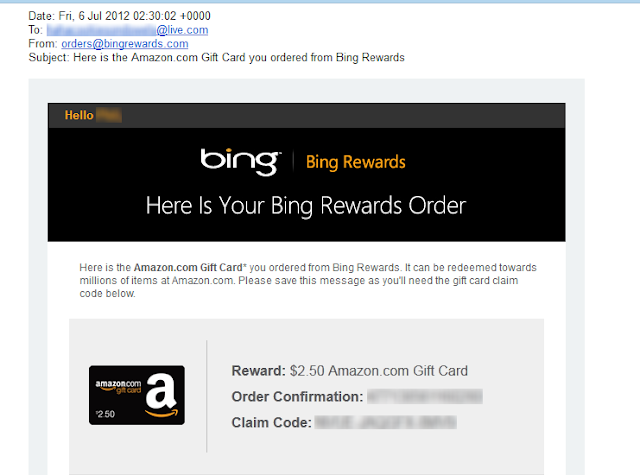 Club Bing was created my Microsoft to artificially boost its Bing search numbers. Years later, it is finally shutting down. That's unfortunate because it was really the best site for getting free prizes; all you had to do was play short word games to earn points to redeem. The prizes were always great, such as a Zune, XBOX 360, and a mouse and keyboard set, just to name a few. Over the years I have received almost every prize they have offered, and I will be posting pictures of these over the next couple of weeks. Look for them under the "Free Stuff" tab in the drop down menu.

What's awesome about it: On Swagbucks, you save up points to redeem in the store for actual physical prizes. The prizes range from small stuff, such as post it notes, to huge prizes, such as a flat screen TV! Another nice thing is that there is a wide variety of ways to earn points, so you won't get bored trying to save up. You can earn points by using their search engine, playing games, watching videos, printing and using coupons, answering surveys, taking daily polls, and many more! I've gotten a lot of free prizes from them, which at this point includes $35 of free Amazon gift cards. For the full list, check out the below screenshot, or look for prize pictures listed under the "free stuff" menu dropdown. 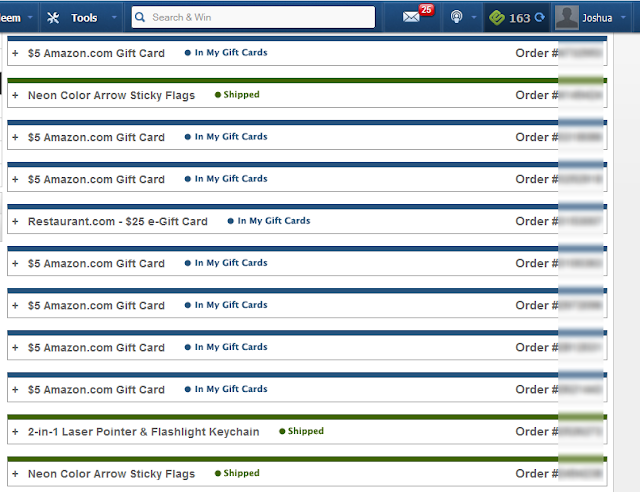 Amazon Mechanical Turk
Site: https://www.mturk.com
Amazon Mechanical Turk isn't really a prize site, but doesn't quite fit into either category. It is a "crowd-sourcing" site, created and run by Amazon.com, which pays users to complete basic tasks for companies that want very simple actions done cheaply. This usually means stuff like Googling a term and then telling Mech Turk what page a specific result is on, or answering questions about the quality of the results. What is nice about these tasks, is that although they pay very small amounts, they are so simple and mindless to perform that you can usually do them while watching a video, essentially getting paid to watch TV. While watching a TV show and doing tasks, I would usually make about $1-2 an hour.

There are no prizes that you get for doing tasks (HITs), but rather you get money. This money, after a certain time period after successfully completing a task, is eventually transferred over to Amazon Payments (https://payments.amazon.com), at which point you can either withdraw the funds to a checking account (takes another 5-7 days) or use instantly for shopping at Amazon.com. You don't have to purchase something with the exact amount you earn either; you can buy a more expensive item, use the money from Mech Turk to pay for part of it, and pay the rest with conventional methods (credit card).

The problem with Mech Turk that I have run into so far is that the time between completing a task and getting it verified and payed for can vary from almost instantly, to several days. In other words, this is kind of a nice service to use from time to time and then forget about until you need to make a purchase on Amazon, but if you are trying to get money to buy something today or tomorrow, you might want to find a quicker route. Overall though, a very nice way to make a few bucks in your down time. 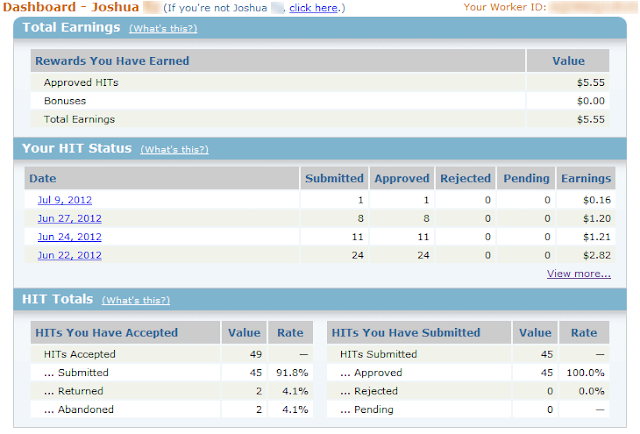 StartSampling (has the most samples out of all the ones listed)
Site: http://www.startsampling.com/samples.iphtml
Posted by Joshua T at 4:45 PM
Email ThisBlogThis!Share to TwitterShare to FacebookShare to Pinterest
Labels: free stuff