Deciding on the Device

A few weeks ago I decided to get back into book reading; I've been taking the bus lately and need something to keep me occupied on my commute. I already own a Nook Simple Touch (original 2nd edition, e-ink), but I wanted an upgrade to an E-Ink device with a higher resolution screen, backlight, and a headphone jack, all while running Android, so I can use any app I want to.

The first device that came to my mind was the new(er) Nook Glowlight, but unfortunately, Barnes & Noble took everything that was great about the Nook Simple Touch (MicroSD slot, physical page turn buttons, etc.) and chose not to include it on the Glowlight. Thus, I continued my search, and finally stumbled on the Boyue and Onyx Boox lines of Android E-ink devices. After a whole bunch more research, I finally decided on the Onyx Boox C67ML. For a very reasonable price, it has everything that I want:

I bought the Onyx Boox C67ML off Amazon, and quickly realized that I needed a case for it. Unfortunately, the cases that are specifically made for the device are pricey and not that great, so I looked elsewhere. I wanted something that matched the style of my Nook Simple Touch case; a book style case, with a magnetic closure, plus elastic bands to make placing and removing the device from the cover easy. After more searching, I finally found the Belkin Verve Tab Folio case (model number: F8N717Ttc00). The specific one I purchase is designed for a Kindle device, but it fits my Onxy Boox C67ML perfectly. Here is what it looks like. 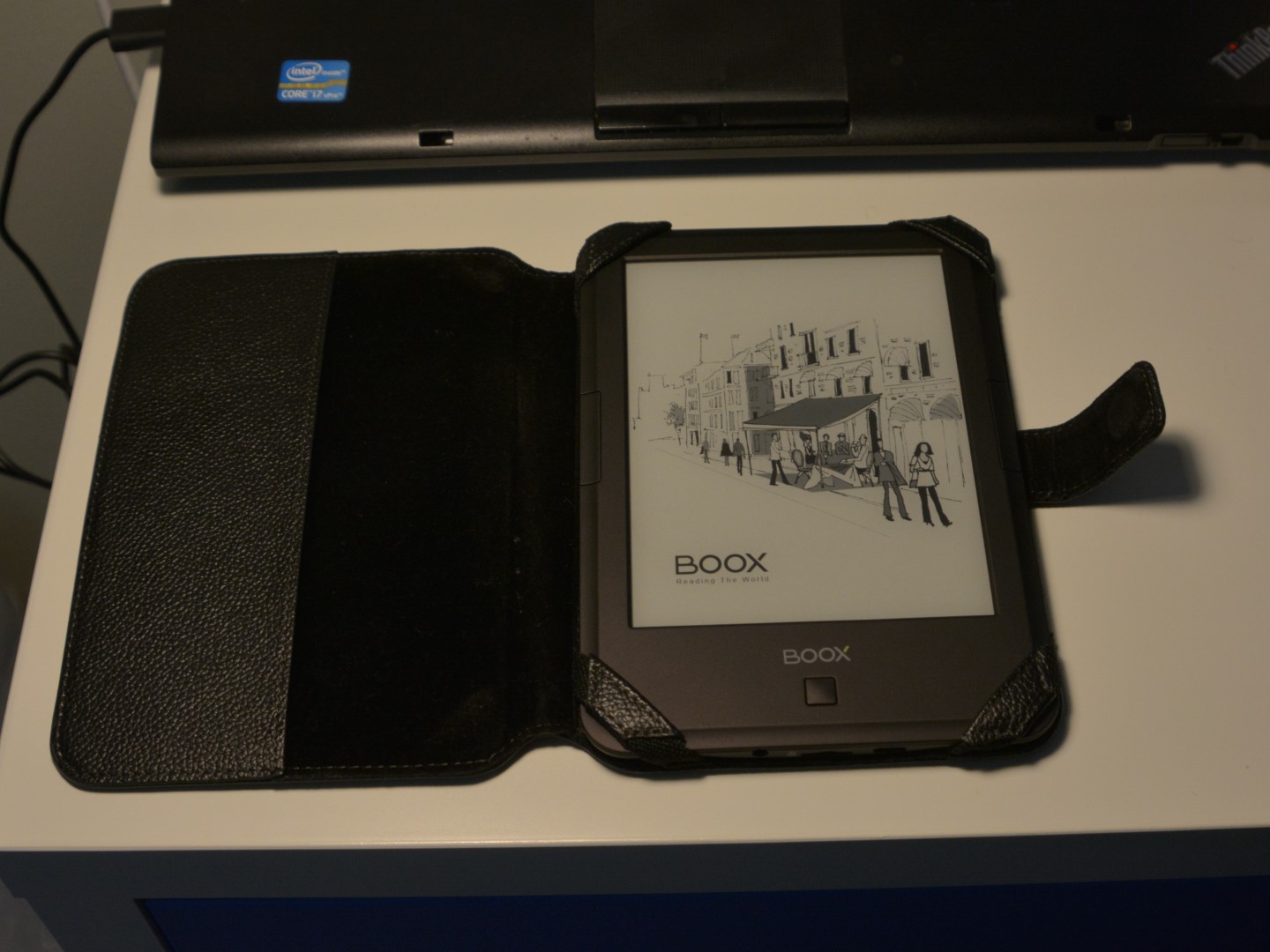 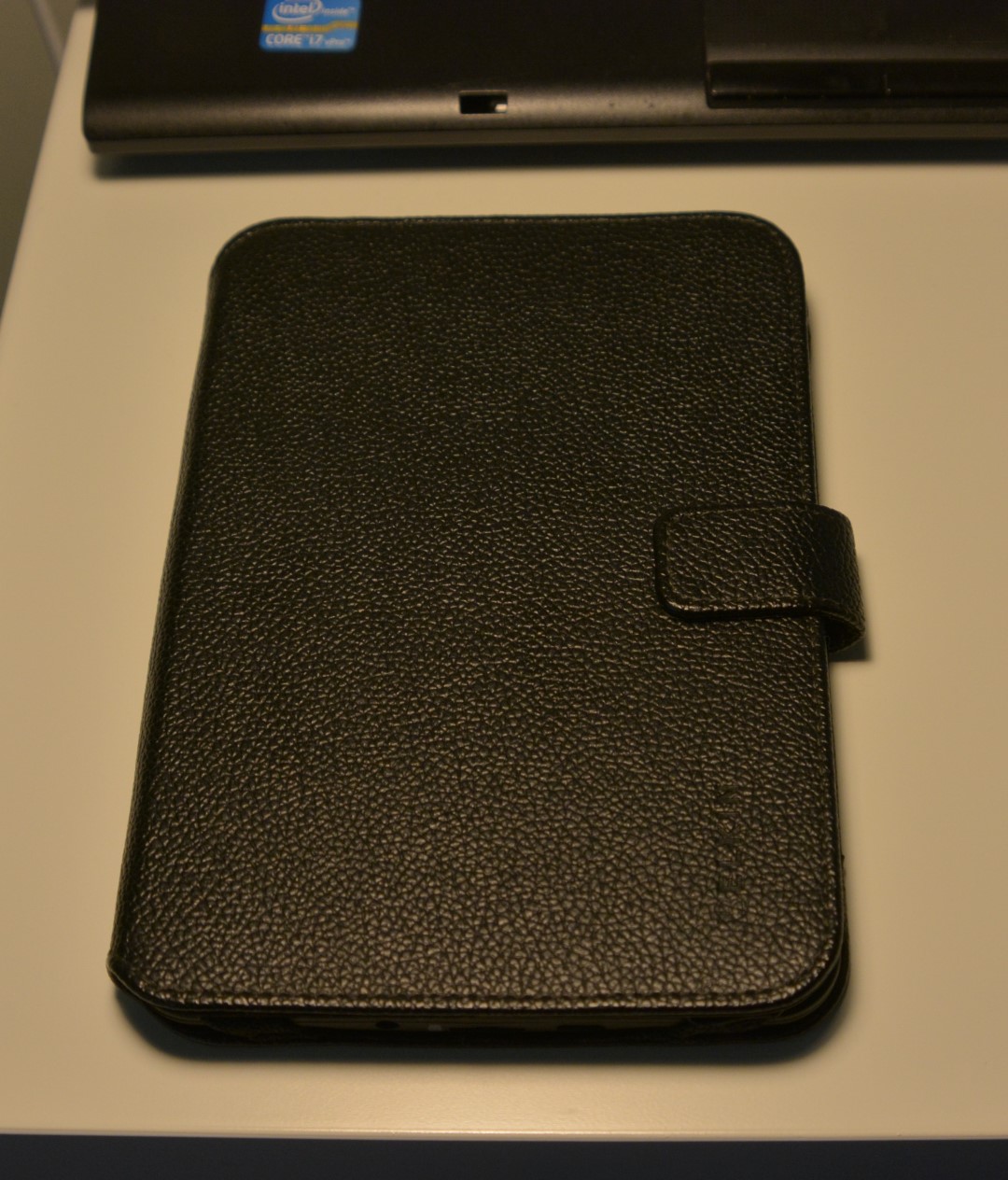 Note: Before gaining root, I highly recommend updating the firmware for the device first. Get the official latest version from this page.

I tried a few different methods (Towelroot, strange ADB methods, etc.) to achieve root on my C67ML, but only one worked for me - the "Root Master 1.3.6" APK. You can download it here. For instructions, I found this foreign page, but instead of making you read that, I'll just include the relevant images below: 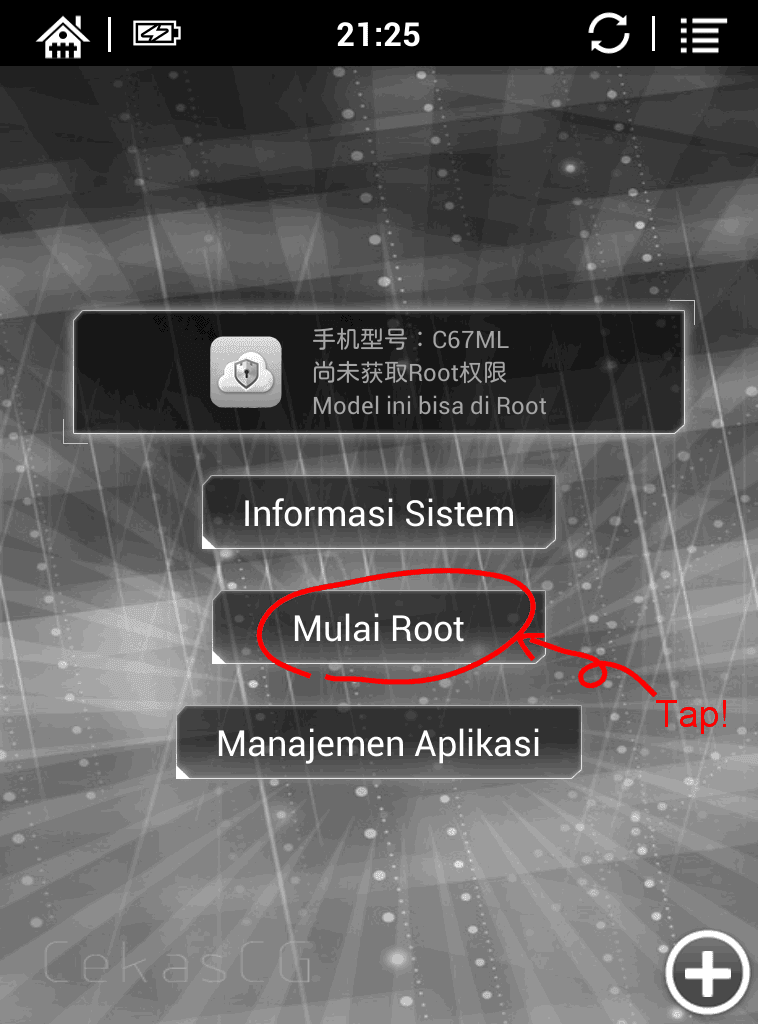 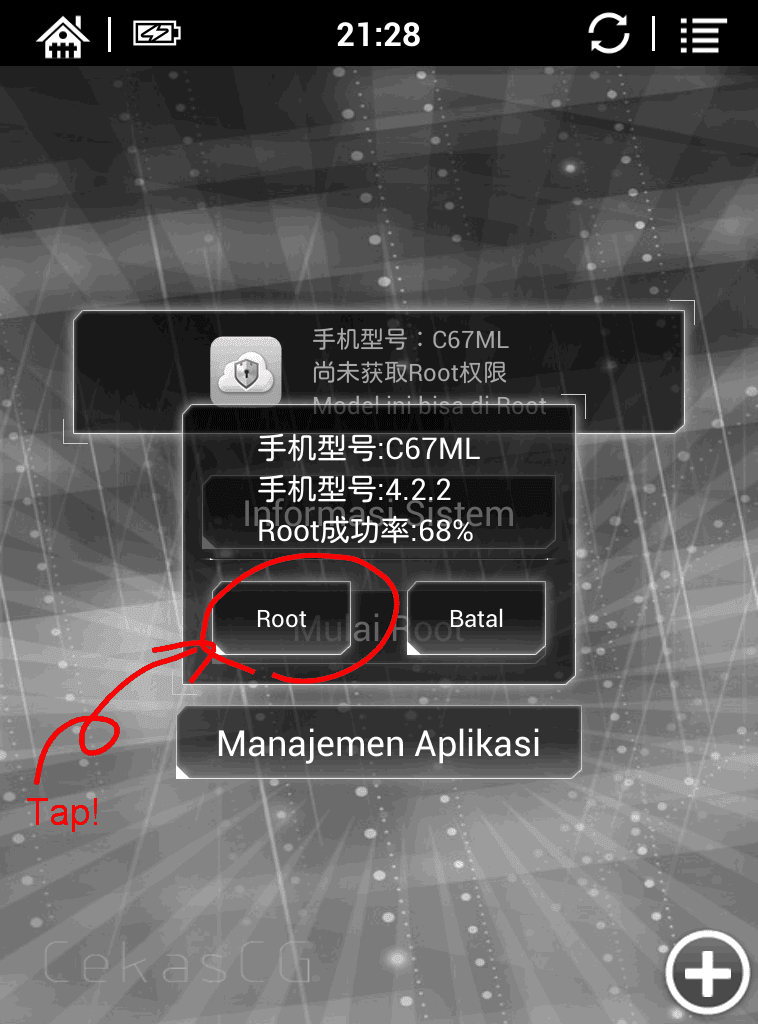 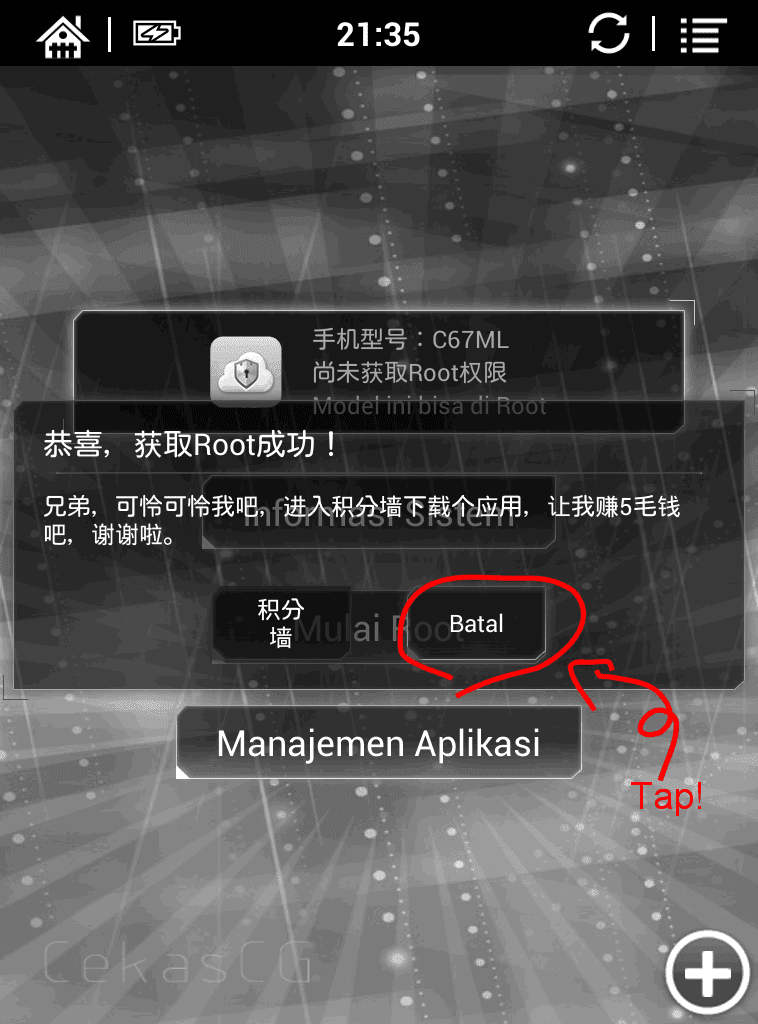 Warning: The above root method is known to be bundled with AdWare/Malware. After using it to gain root, I highly recommend using some standard root tools to clean up after the install process.

If you want to put your own screensavers (the images that appear when you put the device to sleep) on the C67ML, it is actually pretty simple, and doesn't even require root (provided you are using a MicroSD card). Here is how to do it: 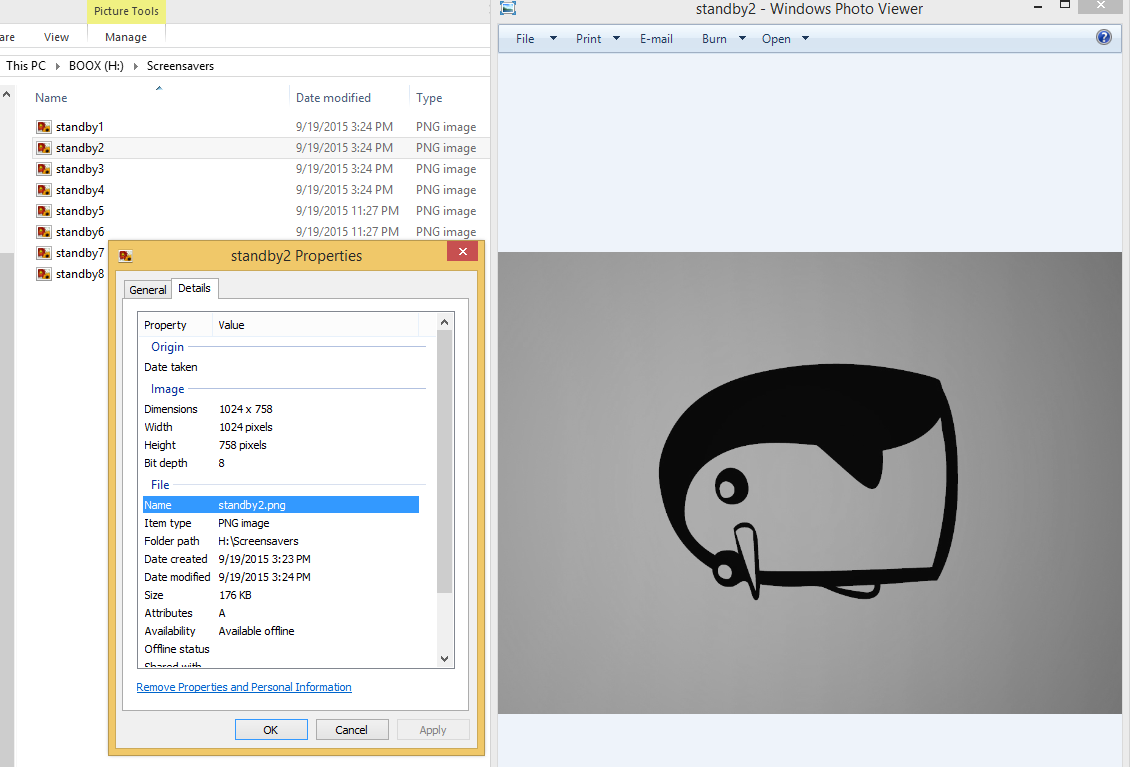